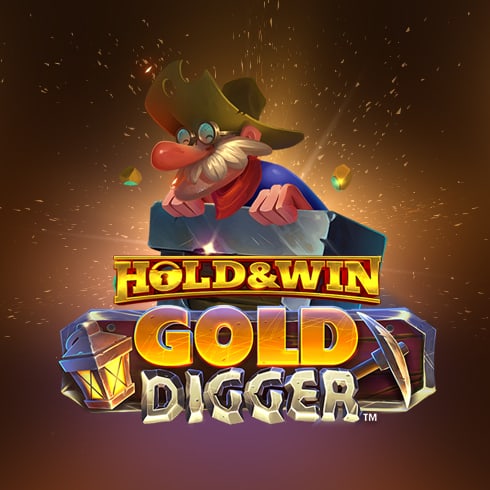 Powered by iSoftBet, Gold Digger slot takes you on an excursion beneath the ground where you'll be, you guessed it – digging for gold! If you're an avid slot gambler, you've probably come across a mining slot or two in your time. While the theme of Gold Digger slot is nothing new, it's the gameplay and features that set the slot apart. Expect to see Wild symbols, exploding symbols and various different boosters throughout the game, all of which can drastically increase your winnings. Want to know more about this iSoftBet slot? You're in luck! Here, we explore Gold Digger slot and its features in detail. Keep reading to find out more!

How to Play Gold Digger Slot

As soon as you open up the slot, you'll be eager to get going. After all, digging for gold is exciting – we totally get that. However, you'll first need to set your stake. Thankfully, this process is simple and shouldn't take more than a few seconds. Simply hit the bet settings button to the right of the reels and adjust your coin value until you're happy with your total bet. The action takes place on a standard five-reel, three-row grid with 20 fixed paylines and winning combos are formed by matching three or more symbols on a payline from left to right. Once you're happy with your et, that's it! All that's left to do is hit Spin and watch the reels whizz past.

Feature-hungry gamblers will not be disappointed by Gold Digger slot. From time to time, the miner chucks one of his tools onto the grid to modify the current spin and encourage winning combinations. The feature is triggered at random and can throw dynamite onto the reels to turn three-five symbols into Wilds. He can also throw a pick to transform symbols into nuggets and push the detonator to explode and upgrade certain symbols.

During the base game, keep your eyes peeled for the gold nugget icons with prizes printed on them. Landing five or more of these will trigger the Gold Link Respin feature which locks the nuggets into place and awards three Respins. If you land any more nuggets during the round, they also turn sticky and the Respins reset to three. The feature continues until you run out of Respins or the entire grid is filled with nuggets.

Also keep an eye out for gems during the Gold Link Respins feature. Landing three gems of the same kind will trigger either the Reels Booster, the Values Booster, the Spins+ Booster or the Multiplier Booster. The Reels Booster is triggered by the blue gem and unlocks up to three extra rows. The green gem unlocks the Values Booster, which increases the value of all the landed nuggets. The Spins+ Booster is triggered by the red gem and awards an extra Respin. Finally, the Multiplier Booster is unlocked by the purple and increases the multiplier level up to 10x.

When you open up Gold Digger slot, you'll be greeted with a brief animation of riding down a mine shaft. You'll then be united with your mining companion who remains to the left of the reel set throughout the game. As we mentioned before, he gets involved from time to time by chucking a modifier or two onto the grid. The visuals here are pretty impressive, even for a NetEnt slot, and the plunky banjo soundtrack adds a final touch to the atmosphere.

The reels are filled with various high and low paying symbols, all of which stick to the jolly mining theme. The lower payers are your standard J-A royals while the higher paying icons are represented by a pick, a lantern, a cart filled with gold and the miner himself. The latter is the most rewarding, paying 25 times your stake for landing five on a payline.

New to Gold Digger slot? You may be inclined to demo the game in free play mode. While this is a great way to get to know the game and its features, remember that anything you win during demo mode isn't really yours. If you're lucky enough to hit the jackpot, you'll walk away with absolutely nothing. To avoid this disappointment and enjoy the NetEnt slot to its full extend, why not enjoy the full versions of Gold Differ slot?

Looking for a simple but rewarding slot? Gold Digger slot is the game for you. Sign up at NetBet today using your mobile, tablet or PC to start playing. If you're a fan of feature-rich games, check out other NetBet top slots such as Finn and the Swirly Spinn, Book of Dead, Goldilocks and the Wild Bears and many more!